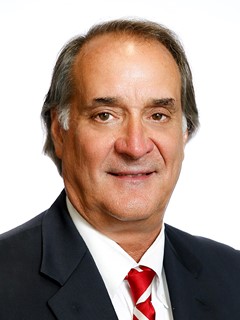 The following is a contributed blog post from Everett King, broker/owner of ERA King Real Estate in Anniston, Alabama. This year, ERA King Real Estate was a finalist for our Gene Francis Memorial Award and the winner of our Circle of Light for Community Leadership Award.

I learned all I know about real estate from my dad. And his lesson was very simple: If you do the right things for the right reasons, success will follow.

That was 38 years ago, when social media was meeting people in church.

But it has proved timeless.

Dad started the company in 1969; when I joined him in 1978, I became the third agent. I remember him saying, “Now that you’re here, we’re going to grow to six agents!”

Six proved to be his comfort zone, and when he died in 1990 the company had five agents –we had lost one of our top producers, my dad.  My first decision as owner of the company was to decide how to recruit a cultural fit for the firm and teach our new agents the knowledge I received from my dad. I truly felt this was a pivotal decision that could make us great. In just six months, we had grown both in agent count and in productivity. At that point I decided to quit selling and become an agent support company.

Leveraging a degree in advertising, we started building the company’s brand as a foundation for the agents to prospect and win business.

We created a company culture that allows agents to focus on the most important things: working with sellers, working with buyers and prospecting for each. The company handles everything else. This approach not only maximizes our agents’ productivity, it also sells homes faster and allows our agents to command a higher commission rate in the marketplace. This is also a great base from which to recruit. My pitch is simple: let’s be partners and make money together.

We’re getting younger. Most every company that fails, fails because it stays status quo. For me and my wife Anna, part of getting younger meant turning over some of our responsibility to the next generation of managers. As a graduate of Realogy’s executive leadership program, Ascend, our son Josh is applying what he has learned to keep our company current and competitive.

We constantly reinvent the company to align with the ever-evolving consumer, which has been a key component of our sustained success. This year marks the fifth time our company has been recognized as one of the Top All-Around companies in the ERA Real Estate system.  With five offices and 125 agents, our growth goal for 2016 and beyond is opening a few more offices in key locations that will not only expand our service area but provide access to active markets for our agents.

It has never been our plan to be the biggest, just the best. And with a focus on being the best, we’ve learned that growth comes from the inside out – for the right reasons.