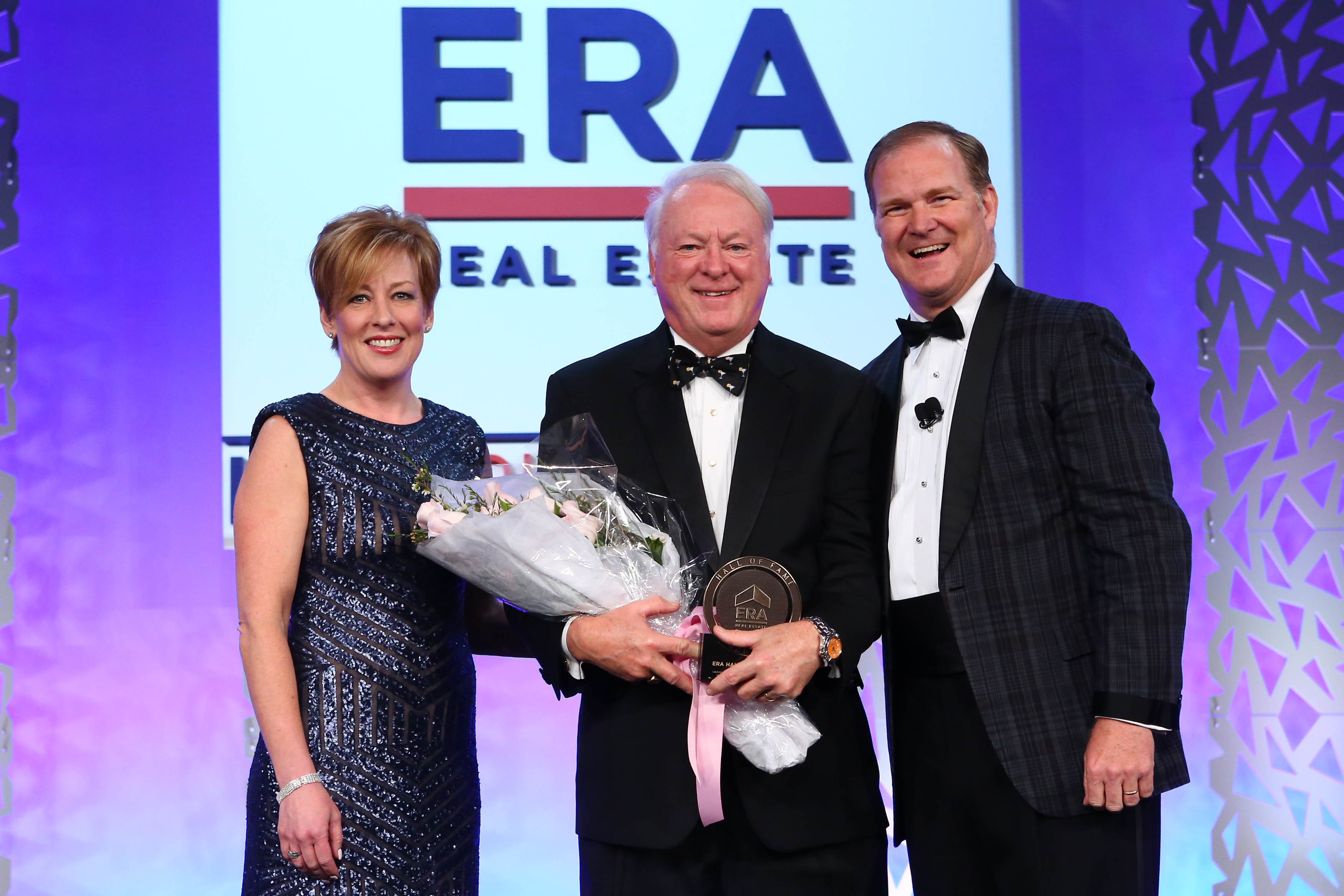 Sometime after 10 p.m. one evening in 1978, with his wife asleep at the dining room table of their Delaware home, Michael J. Harrington, Sr., an elected member of the Delaware House of Representatives at the time, closely surveyed a contractual agreement and joined the ERA Real Estate network. He refinanced his 1963 Chevrolet Impala to pay into the franchise.

Guided by the principle, “work for opportunity, not for money,” Harrington first dabbled in real estate in the late 1960’s and early 1970’s with an innovative approach he developed and honed from behind the counter of Wise Discount Center, where he was the manager.

“I had the gift of gab,” remarked Harrington. “I talked to customers and learned about the homes they owned in the historical area of Delaware. Eventually, I saw an opportunity to purchase those homes through owner financing. I presented proposals along with interest amortization schedules to home owners to buy their homes and pay them back at 5-6 percent annually. They continued to live in the home and could make a return on investment of nearly $150,000. I, in turn, owned and managed the properties, building equity.”

After eleven years behind that counter, Harrington had acquired 32 properties and significant management responsibilities. Seeking a change, he ran for office and won which provided him a steady income and a voice in Delaware housing legislature. With that financial boost, he immediately opened a real estate business but knew a franchise would fuel his growth. After rejection from three franchisors and with the help of the state attorney general, he got in touch with ERA founder, Jim Jackson.

“After speaking with Jim, I decided the ERA culture was right up my alley,” recalled Harrington. “And I was right because I have never attended an IBC or ERA meeting that I didn’t get an idea from – from the content and from fellow ERA brokers. Collaboration is who we are. Also, I joined because of the big, whopping fax machine, it was really cool. I knew it would distinguish me from other companies.”

Since the inception of his ERA affiliation, Harrington has been very involved in ERA Real Estate, serving on the National Advisory Council, attending ERA events – never missing an International Business Conference – and collaborating with fellow brokers and ERA staff at Top Company events. ERA Harrington has been a Top 10 ERA Company and continues to be amongst the ERA Top 50. Also, ERA Harrington Realty was a Gene Francis Memorial Award winner in 1989 and finalist in 2004 and 2006.

“When they called my name on stage in 1989, I didn’t even know what the Gene Francis award was,” remembered Harrington. “However, after I won that award, I quickly realized what it meant. I received national recognition from my peers and garnered a lot of respect at national ERA events. I was also asked to speak at numerous ERA breakout sessions. It became the highlight of my career and means more to me than being a state representative.”

Now, with his son at the helm of ERA Harrington Realty, Harrington continues to be active in the ERA Real Estate network and within his community, serving on several boards and chairing several fundraisers to benefit local charities, including the Muscular Dystrophy Association. And he is still a driving force at ERA Harrington Realty when it comes to recruiting and retention, thanks to his warm personality, honesty and earned trust.

Congratulations Michael on your well-deserved induction into the 2016 Class of ERA Hall of Fame Inductees.

Do the Right Thing