Under the leadership of serial entrepreneur Dan Gilbert, Quicken Loans has been consistently rated a top company by both customers and employees, a clear winner in the competitive lending landscape.

A man of keen vision, Gilbert has embraced a set of guiding principles – called “isms” – to inform not only his leadership style, but the way his entire team operates on a daily basis.

Complied into an actual playbook called Isms in Action, these touchstones allow employees at every level of the organization to execute on the company’s mission, vision and principles and personally contribute to the success for the company.

At the 2015 NAHREP Annual Convention where ERA Real Estate was a sponsor, Quicken Loans CEO Bill Emerson talked about what it was like to work at a company where people are encouraged to say yes before no, to always find a better way and to do the right thing. To reject “status quo” for “status go!”  A place where innovation is rewarded, but execution is worshiped.

Emerson explained why such an approach was critical in his organization.

“Entrepreneurs take a big financial risk to succeed,” he said. “So it’s absolutely critical to get people on board with the company’s goals, to build a culture that everyone can understand so they feel empowered to make decisions that align with company goals. That way, they can take control and not wait for the leadership to do it or approve it.”

In addition to empowering people to take action, the company also encourages employees to come up with new ideas. They call this the Cheese Factory, the place where people can build a better mousetrap. To support this initiative, every Monday the tech team is allowed to spend four hours to work on non-core business to explore and further other projects.

This practice has led to the creation of a myriad of other ancillary businesses that Gilbert has funded. Remember, he’s a serial entrepreneur!

Believe it or not, even great company culture requires cultivation – it’s not self-sustaining. Anderson says he spends about a third of his time as CEO fostering isms in action.

But it is paying off in amazing ways as these words from employees clearly demonstrate.

“It’s great to know that I work for a visionary who makes moves based on principles and common sense, not spreadsheets and bureaucratic noise.”

“I used to be driven by money. Now I am driven by family, success and creating a reputation with Quicken Loans as one of the best.”

“I wake up every morning not just to do a job, or get a paycheck, but to help fundamentally change the way Americans finance their homes. And I get to build upon each inch, each second and each idea with amazing people every day. That is truly special and it FIRES ME UP DAILY.”

And when it comes to customers, the ism goes like this: Every client. Every time.  No exceptions. No excuses. And that’s why Quicken Loans has been ranked #1 in Customer Satisfaction for Mortgage Origination and Servicing by J.D. Power and Associates every year since 2010.

To borrow yet another “ism” to conclude this article, the closing is just the beginning. How will you borrow from the Isms in Action playbook to create the beginning of your own culture, whether that be in your role as a business owner, independent sales associate or citizen of the world?

Tell us in the comments section below. 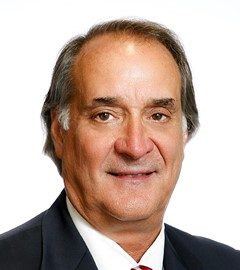 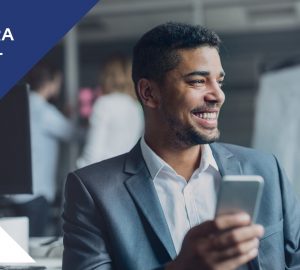